It’s indie pattern month and this is my first make from a Papercut pattern, the Watson jacket. I’m ecstatic about how well it turned out. I had my first outing in it today and it think it is probably the most complimented garment I’ve ever worn. It’s a gem. 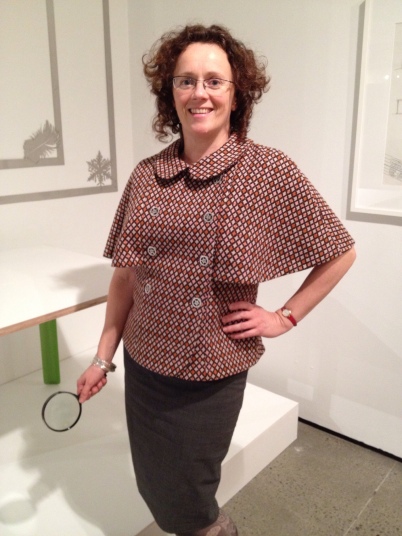 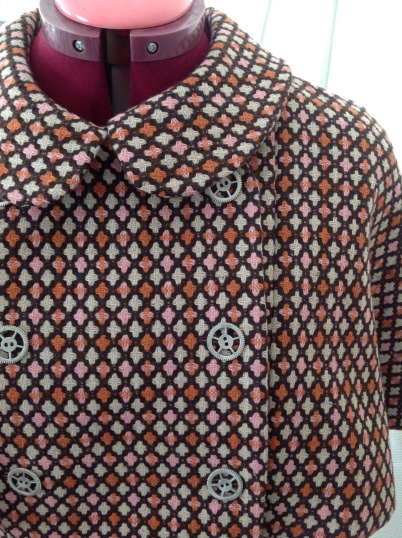 The pattern was an absolute dream to work with. I’m a standard block size in the big 4 so I’m used to being able to make my size out of the packet without alterations and this pattern was no exception, I made a size small with no changes. The pieces went together beautifully, it’s such a well drafted pattern. It was a very quick make for a jacket, the absence of pockets and fiddly details made the pattern quite simple. 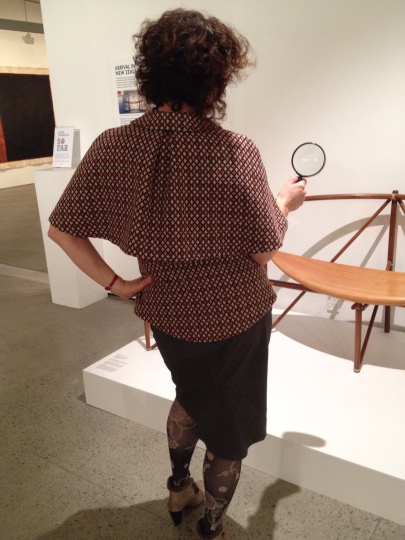 I made a few changes to the construction, my rebellious nature won’t let me stick to the rules entirely.

I used a fusible interfacing on both the centre and side front panels, rather than just the centre as recommended in the pattern. I normally interface the entire front and side front when I’m making a jacket, it stabilises the front and helps it to sit smoothly, and details like pockets sit better on an interfaced fabric.

I made the sleeveless version, mainly because I didn’t have enough of the fabric which I purchased at Fabric-a-brac a couple of months ago, but I also think the jacket is better without sleeves because my fabric is so busy. 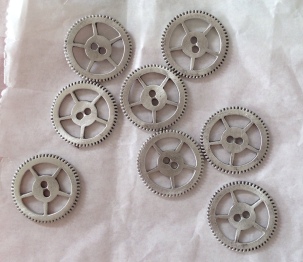 I’ve got eight buttons instead of six, because why use only six when you have buttons this cool? I totally ignored the button placement on the pattern and put them where I thought they looked best (actually where my 18 year old fashion stylist told me she thought they looked best). My front is pulled in a little more that the pattern specifies, I lined up my front edges with the princess seams because I wanted to avoid breaks in the continuity of the plaid pattern lines of the fabric.

For the collar I cut the under collar on the bias and interfaced it with horsehair canvas. I normally do that for coat or jacket collars, it probably wasn’t necessary with this collar because it’s cut to sit very flat.

The fabric is wool, which I would always shrink before cutting out. I use pretty time consuming methods, either the London shrink or just spraying the fabric with water and then steaming the crap out of it with my iron suspended above it. I thought I’d try the dryer method with this to save a bit of time because it wasn’t a fabric I’ve spent a lot of money on. The method involves putting your dry fabric in the dryer with hot wet towels, then running the dryer on hot for a while. This didn’t work at all for me, I don’t know what I did wrong, my fabric was virtually exactly the same size when it came out as when it went in. I thought perhaps it just wasn’t going to shrink but then when I used my normal spray and steam method on it it shrunk up like crazy.

In case you’re wondering what all this marvellous art I’m surrounded by is, I’d like to be able to tell you that it’s all at my house, but unfortunately it’s not, it’s actually the David Trubridge exhibition at Pataka gallery. He makes some seriously gorgeous furniture, jewellery and lighting which is available worldwide, or if you’re in New Zealand you can come ogle it at Pataka. You can also listen to David being interviewed on Radio New Zealand National recently here. His holiday home is featured in the current issue of New Zealand House and Garden and he’s also written a brilliant book So far 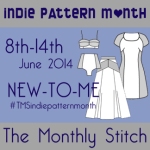 21 thoughts on ““Elementary my dear Watson””

My sewing show and tell

I sew garments (slowly) for fun in NZ.

3 Hours Past the Edge of the World

Creativity is an adventure

Exploring the world of couture sewing

love of all things vintage, crafty, stitchtastic and gardening

crossing the Tasman with a needle and thread

Sew Your Heart Out

A Chronicle of My Sewing Endeavors

Thank you for sewing with us...

Kat's personal pattern collection - what I have, what I've made, and fitting notes

The future is wireless and ruled by zettabytes

Adventures of a girl from the Naki

Sent from my iRon

Sewing. And sometimes some other stuff as well.

The Sewphist - New Zealand made homewares and accessories

Original illustrations and stitched accessories to brighten your day

Still sewing after all these years

I love to sew